Variety.com reported that a suit was filed early in August by Famous Music LLC, publishers of the Mission: Impossible Theme, against IdeaVillage Products Corp, who make a shaver called Sonic Groom.

The ad, which Famous alleges has been running since 2015, not only references the style of the Mission: Impossible Theme, but also uses dialogue from the series, such as "Your mission, should you decide to accept it . . . ".

It is also alleged that the ad was launched to benefit from Paramount's then-current film Mission: Impossible - Rogue Nation.

Mission: Impossible started life as an iconic TV series in the late 1960s and was revived in the 1990s as a series of films. Its theme tune, by Argentine composer Lalo Schifrin is very distinctive, because of its unusual 5/4 time signature which features syncopation.

It is hoped to upload a link to the law suit document in due course. Further commentary will be added shortly, but in the meantime you can click on the Musical Evidence tab to see and hear the contested works and share your thoughts on the similarities.

You can see and hear the full Sonic Groom ad here and read the Variety report here.

The Mission: Impossible theme is a popular and widely-recognised tune, written in 1966. The TV series and spin-off film series have enjoyed enduring popularity since.

The theme tune is in the relatively rare time signature of 5/4, or five beats to a bar. This produces an irregular rhythm which is unsettling. The rhythm is syncopated by making the first two notes one and a half beats' duration, placing the stress of the second note on the off-beat.

The MI melody enters after four bars and plays a four-bar phrase, made up of two quavers and a semibreve (i.e. two half beats followed by a long four-beat note). After a two-bar break for the rhythm to keep the momentum, an answering melody follows, also of two bars, and made up of the same rhythms.

The structure of Sonic Groom exactly mirrors MI, as set out above. There are melodic differences, and one can suppose that the creators of Sonic Groom felt this was sufficient not to infringe the MI composition.

The TV commercial further references Mission Impossible by mimicking the voice of the "voice on the tape", originally spoken by Bob Johnson, and referencing dialogue from the series.

There can be no doubt that the intention of the commercial was to pass off the music and other intellectual property rights of Mission: Impossible.

All that can be offered in defence is that the original and Sonic Groom are not in the same key, but are one tone apart. The melodies do not match exactly, and in fact the direction of the first phrase of each moves in opposite directions, with MI moving downward and SG moving upward.

No other possible defences, such as no access or coincidence could be plausible.

Even if you do not read music you should be able to follow the similar pattern of the bass part of each (the third line down in the score). You can also see the similar rhythms of the melodies, by the shape of the notes matching, although the direction differs, producing a different melody. 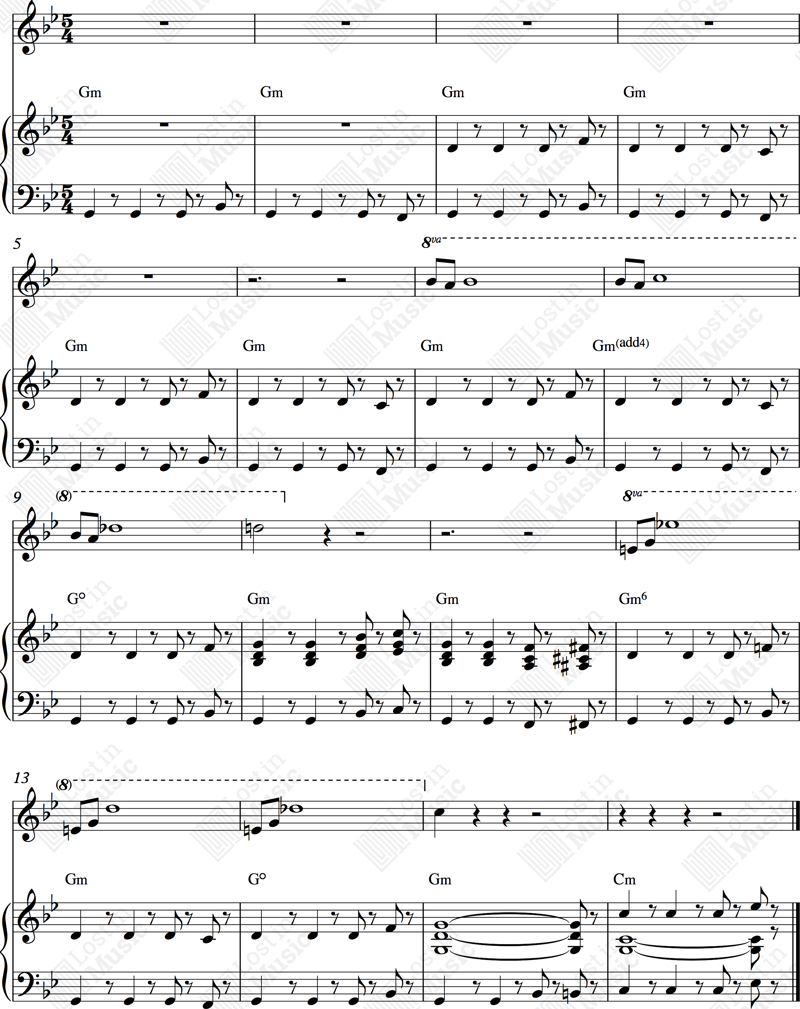 We await further news of this case, but expect a settlement to follow.

You can read a blog post here looking at other UK court cases featuring TV commercials, and also the financial considerations of music in commercials.

And you can see the Sonic Groom TV commerical here.