Claimant Work: Got To Give It Up

More column inches have been given to the Blurred Lines case than any other. It is the most high-profile claim to be considered in recent times and involves two globally successful songs which were recorded 35 years apart. It has divided opinion more than most cases. Many disagree with the US court findings. Most significantly it considers whether a musical style, rather than individual song elements, such as melody and lyrics, can be protected by copyright.

Marvin Gaye wrote and recorded Got To Give It Up in December 1976 and released it as a single in March 1977.

Blurred Lines was written and recorded in 2012 and released in March 2013. The writers were Robin Thicke, Pharrell Williams and the rapper Clifford Harris (a.k.a. T.I.), who added a rap verse to the song. Trial documents show their share of ownership of the songwriting royalties as 65% Williams, 22% Thicke and 13% Harris.

The chronology of legal activity surrounding this case is interesting:

In July 2013, "before the U.S. release of the album Blurred Lines" representatives of Marvin Gaye's estate and Funkadelic's publisher Bridgeport Music separately contacted Williams and Thicke alleging that Blurred Lines infringed the copyrights in the compositions Sexy Ways and Got To Give It Up, and that if they do not "pay a monetary settlement of the . . . claim", they "intend to initiate litigation".

The writers of Blurred Lines, Pharrell Williams, Robin Thicke and Calvin Harris, reacted by "reluctantly" filing a complaint for declaratory relief on 15 August 2013 against the three children of Marvin Gaye, and Bridgeport Music, the publishers of Funkadelic's song Sexy Ways, which had been released in 1974. Williams, Thicke and Harris sought confirmation from the court that their song did not infringe either Got To Give It Up or Sexy Ways.

George Clinton, co-writer of Sexy Ways, tweeted support for Williams and Thicke in August 2013, stating that there was "no sample" of Sexy Ways in Blurred Lines, and it was reported in Billboard that Bridgeport was dropped from the action in March 2014.

Before the trial began the district court ruled that the Gaye estate could present sound recordings that had been edited to capture only elements reflected in the sheet music 'deposit copy', and as a consequence of this the commercial sound recording of Got To Give It Up was not played at the trial.

The verdict was delivered on 10 March 2015 by US District Judge John Kronstadt. The jury of five women and three men found that Blurred Lines unlawfully copied portions of Got To Give It Up. Co-writer Calvin Harris Jr and other parties were found not to be liable (though this finding was later overturned on appeal). The damages were set at $4m plus profits calculated for Thicke at $1.8m and Williams $1.6m, a total of $7.4m. In the other part of the claim, Thicke's Love After War was found not to have infringed.

On 24 August 2016 the Blurred Lines authors lodged an appeal brief with the 9th Circuit Court of Appeals in LA, on the grounds that the jury had been wrongly instructed to consider unprotectable elements of the music, that there had been improper admission of expert testimony (particularly that the Gaye musicologists' testimony referred to elements not present in the sheet music), and lack of evidence supporting the verdict, maintaining that there is no extrinsic or intrinsic similarity between the two songs. The appeal document claims that if the ruling is left to stand, it will "chill musical creativity and inhibit the process by which later artists draw inspiration from earlier artists to create new popular music".

Three judges gave opinions: Judge Smith and Judge Murguia agreed with the original ruling, Judge Nguyen disagreed, stating that the expert musicologists' findings still do not "support a finding of substantial similarity", that they "differ in melody, harmony and rhythm" and that "the verdict should be vacated". Her opening sentence is significant. It states that "the majority [verdict at appeal] allows the Gayes to accomplish what no one has before: copyright a musical style", continuing that it "strikes a devastating blow to future musicians and composers everywhere."

December 2018: confirmation of decision and damages

On 12 December the case was finally closed after more than five years' deliberation when Judge Kronstadt ordered total damages of $4.98m to be paid to the Gaye estate, along with interest on the owed amount, and half of the future royalties from Blurred Lines.

Robin Thicke had gone on the record in an interview with GQ Magazine recalling being in the studio with Pharrell Williams. "I told him that one of my favorite songs of all time was Marvin Gaye’s Got to Give It Up. I was like, "Damn, we should make something like that, something with that groove.""

The document requesting a jury trial on behalf of the Gaye family claims that Blurred Lines copies "quantatively and qualitatively distinct, important, and recognizable portions of Got To Give It Up", which "greatly enhances the musical and financial value of Blurred Lines".

The Gaye family's musicologist Judith Finell suggested that there was a "constellation" of "at least eight" similarities between the two songs:

Williams and Thicke's musicologist, Sandy Wilbur, argued that there are no substantial similarities between the melodies, rhythms, harmonies, structures and lyrics of the two songs, and disputed all of the individual arguments advanced by Finell.

Wilbur argued that many of Finell's alleged similarities, such as cowbell, hand percussion, drum set parts, background vocals and keyboard parts, were based on the sound recording and were not evident in the sheet music deposited with the US Copyright Office. Got To Give It Up was recorded before 1st January 1978. a significant date in US copyright law. Before this date, the 1909 US Copyright Act was in force, and only afforded protection to representation of compositions in sheet music form, deposited with the US Copyright Office. Thus, any similarities between the two songs could only be drawn from the contents of the sheet music copy and not the sound recordings.

One of the strongest arguments advanced by the defence was the fact that "there are no two consecutive notes in any of the melodic examples in the Finell Report that have the same pitch, the same duration, and the same placement in the measure in Blurred [Lines] and [Got To] Give [It Up]".

They further argued that the similarities argued by the Gaye family's musicologist "do not reflect material that is original to [Got To] Give [It Up]" - suggesting that all of the musical elements in question are common in music and unprotectable. The similarities "only extend to compositional devices or ideas, not the specific expression of those devices or ideas".

They cite the song Low Rider by War (1975) as employing the cowbell percussion and offbeat electric piano chords, and others of the elements claimed to be infringing Got To Give It Up. Curtis Mayfield's 1972 song Superfly also contains a cowbell, falsetto vocals and bass and percussive similarities to Got To Give It Up.

Got To Give It Up 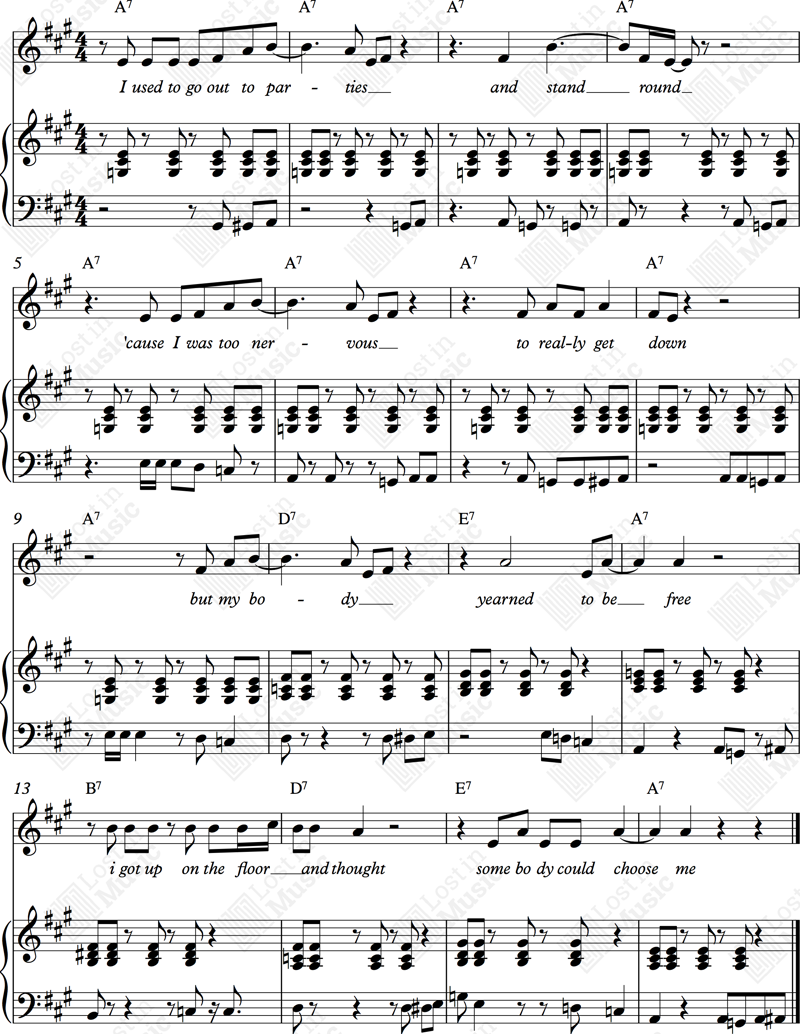 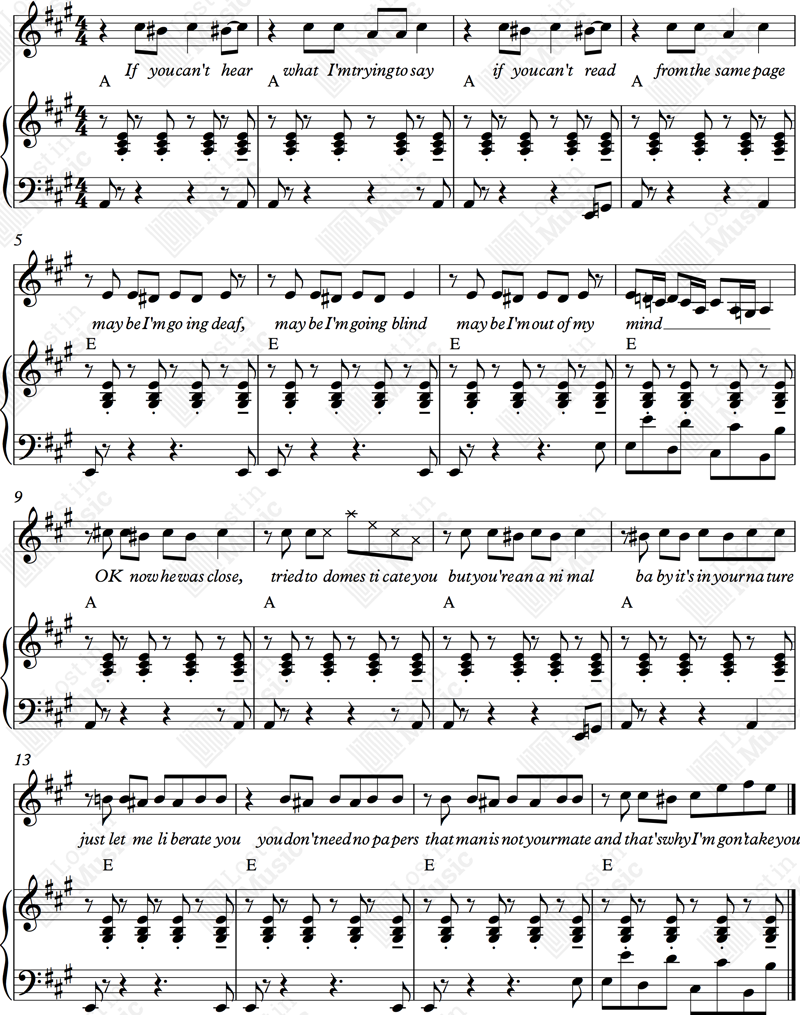 The original trial finding of 2015 that the Gaye estate was entitled to bring a case of infringement, and that Blurred Lines did infringe the copyright of Got To Give It Up, was upheld at the 2018 appeal.

Over five years this case has provided a lot of detail - much for legal commentators to digest and many headlines for the press to serve up (with the opportunity for puns on the song titles well and truly exhausted). With both songs in question being well-known there is much popular interest.

Rather than providing us with a clearer picture of what constitutes a copyright infringement in music, this ruling has given rise to real concern among composers who have previously drawn on inspiration from earlier artists, that they may now unwittingly have infringed the copyrights of others.

We all wonder where the needle sits on the imaginary dial between influence and infringement, and it feels as if the needle has moved a few degrees further towards infringement with this judgement.

Sheet music copy of Got To Give It Up as deposited at the US Copyright Office in 1977, and used at the original 2015 trial

A copy of the original Williams/Thicke/Harris August 2013 lawsuit claiming declaratory relief, hosted by The Hollywood Reporter.

The New Yorker 12th March 2015 "Why the Blurred Lines copyright verdict should be thrown out", by Tim Wu, Professor at Columbia Law School

Lexology October 2015 analysis of the 2015 post-trial submissions and the recalculation of the damages award, by Manatt Phelps

Hollywood Reporter 24th August 2016 report on the appeal, with link to appeal document

IP Watchdog 8th January 2018 article by Professor Sean O'Connor, arguing that the infringement decision was correct, and including an image of the original Marvin Gaye sheet music deposit at the US Copyright Office

Court Papers, all made available at Courtlistener.com:

Gaye family's counterclaim and demand for a jury trial, October 2013

Williams and Thicke's summary statement of conclusions ahead of the trial, October 2014

One argument seems to cinch the case: the Marvin Gaye songs were recorded and released under the 1909 infringement law which excludes evidence that is not in the written score. Nearly all of the plaintiff's evidence in this case falls into that category. Just as a matter of law there is no infringement.

Reading this was frustrating. I understand that the lawyers of the Gaye Estate wanted to earn them money, and that the feel of the two songs is similar, but it wasn't flat-out copied. So now, artists shouldn't even take inspiration from the styles of their favorite icons? Whats next, you can't use the same instruments regardless of any similarities because one song used the combination of instruments first? The ruling was pathetic. That amount of money to be paid was substantial. I have a feeling that foul-play was at hand.