Readers have asked about the wonderful images used on the website, they are supplied by the Archivists at the University and you can read all about the musical history of the institution here 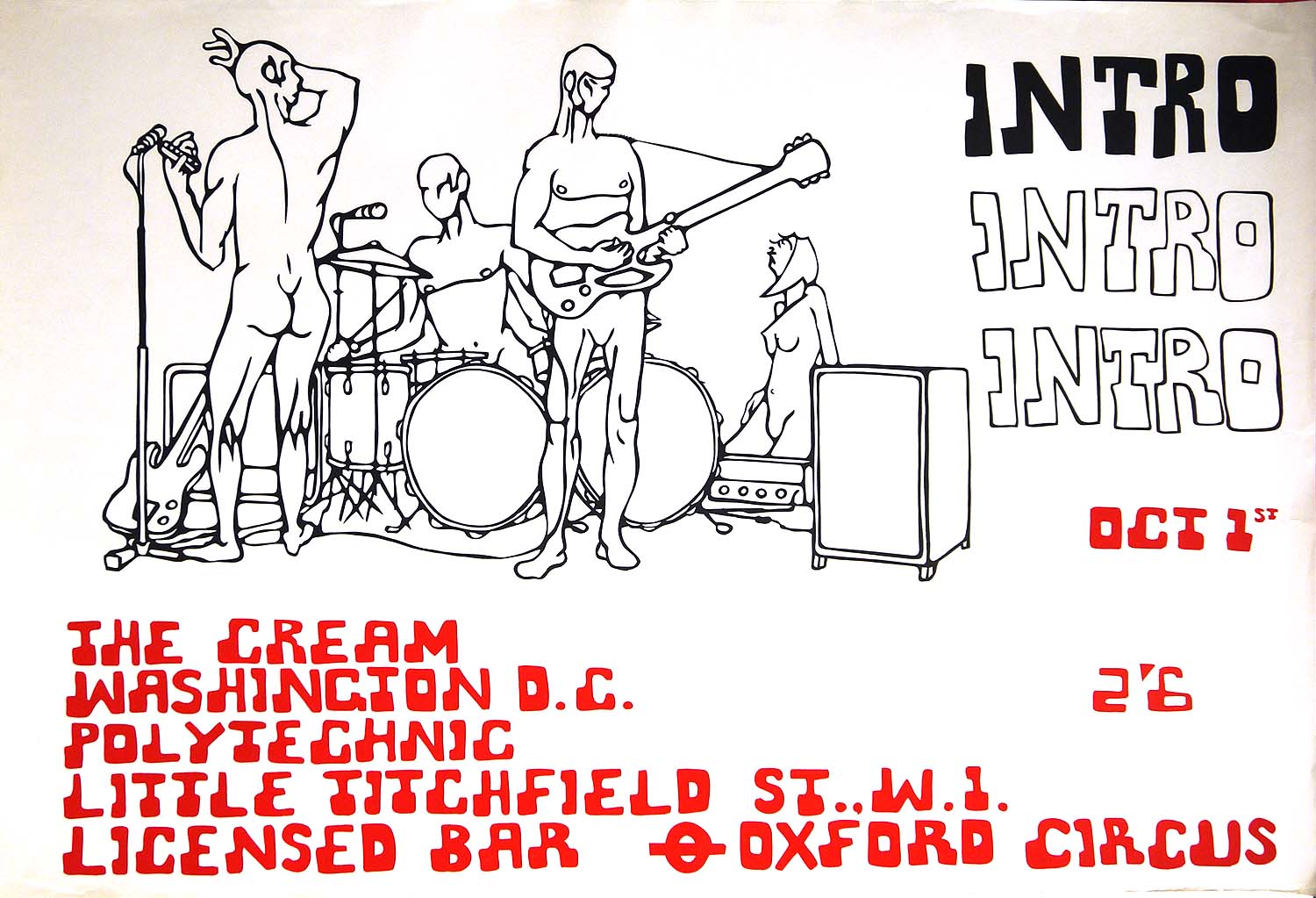 A number of early readers and viewers of Lost in Music have asked me about the images that are used on the site. These are provided by our wonderful archivists at the University, and are in fact posters for bands that played in what is now the Law School Building back in the 1960s. These posters were produced by the students and are great examples of the prevalent styles of the day. Reproductions of these posters are in fact on display at the foyer in Little Titchfield Street and more images and details of these are available here.

The musical pedigree of the building is an impressive one. Jimi Hendrix played his first UK gig here when he got on stage to jam with Clapton's The Cream in September 1966, see more here. As well as hosting gigs from bands such as Soft Machine and Fleetwood Mac, and being visited by Ziggy Stardust, the Little Titchfield Street venue not only hosted Pink Floyd at least twice, but also was the scene of early rehearsals of the band Sigma 6, who later became Pink Floyd. In fact, two members of Pink Floyd (Roger Waters and Nick Mason) were students at the institution, a fact celebrated by the blue plaque outside our site at 309 Regent Street. Nick Mason has returned to the building on a number of occasions, including a memorable session on 'The Artist Contract in the Digital Age'. A video of this event is available here

Westminster Law School prides itself on the history of our building and the innovation of our teaching - Lost in Music is but the latest manifestation of that.

Let us know your thoughts on this blog post. To add your comments you will require an account. Please either Login or Register.